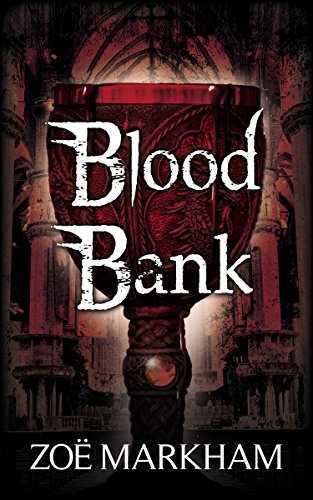 Many thanks to Steven and Kristell Ink for providing me with a copy of this book in exchange for an honest review.

Benjamin is a programmer moonlighting as a security guard at Dystopia, a seedy club that caters to the down-and-outs, the desperates, the addicts. He’s been building his reputation, saving for a way out – but when he rescues a young woman from the nearby estate, he may just have stepped too far out of line…

Lucy is ordinary; a girl with a deadbeat boyfriend, a normal life and college studies. But when her world takes an odd twist, she starts to wonder about the people she’s meeting, the situations she’s in, the odd aversions and attacks happening around her. They’re just coincidences…aren’t they?

And Zack is in deep trouble. He’s losing his girlfriend, drowning in debt, and has dwindling job prospects – and that’s not the worst of it. His debt is to people who won’t ever forget it, and who want the things closest to Zack’s heart: his blood – and his life.

In the heart of Swindon, an ancient order hides in plain sight, spreading their influence through the streets like a disease. But despite their widespread power they are catching up with the modern world: the vampires are going online, and the Order is about to become more powerful than even they would have dreamed…

Blood Bank is the first book by Zoe Markham that I’ve read and it was one of those “swallow you whole” books. It was only a short little novella but it was packed full of action and kept your interest from the get go.

From the very first page we’re drawn into a story about the paranormal like no other; it begins with a carnival and quickly transfers into the town of Swindon and vampires. Not just any vampires – we’re talking brutal business men – not the romantic kind we all know – but vampires you DO NOT FUCK with.

There’s a club in Swindon where only the down-on-their-luck can get an invitation into its depths, where, if you can’t pay in money, you pay in the next best commodity – blood. The characters we see in this book are Zack, Ben and Lucy – all three of whom eventually have a link.

Zack and Lucy are in a relationship and this is basically where the story begins, they’re out on a date and as usual Lucy ends up paying for it, Zach has got himself into some big time debt and the only way to get out of it is to donate his blood.

Ben is a vampire – 10 years converted and hating it more each day – he comes to Lucy’s rescue when something bad happens to her and they develop a relationship that seems to be healthier than Lucy and Zack’s one. Zack has got the ugliest bracelet on which was supplied to him by his new employer, the creepiest priest agoing y’all. When they call, he has to come, if he doesn’t then the debt goes to his nearest and dearest.

The writing style of this book was one that I really liked, the correct terminology was used for the enemy of the vampires which was great and there was a suitable amount of freak out on Zack’s part and it was written with that in mind. Lucy was surprisingly mature given her age and I liked that about her.

There also wasn’t a lot of unnecessary filler dialogue or descriptions which I sometimes find with novellas – as if they struggled to fill the small amount of pages novellas take up – I didn’t find this with Zoe’s Blood Bank which has kind of given me an insight into her other writing which I’d love to read.